Its purpose is to protect the credit card consumer and potentially save consumers billions of dollars. What do you think? 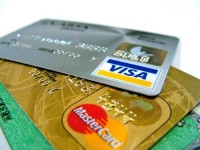 Keynotes of the Credit CARD Act of 2009:

Credit card issuers cannot raise the rate in the first year after an account is opened unless an introductory rate has come to an end. After that, cardholders must be notified 45 days in advance of any rate change.

For existing balances, rates can’t be raised unless the account is at least 60 days past due. If payments are made on time for six consecutive months, the original rate must be restored.

Service fees, such as activation and annual fees, will be capped at 25 percent of the credit limit during the first year of use. After that, there is no cap.

The law requires that due dates remain consistent. Statements must be sent out 21 days before the payment due date, and finance charges and fees cannot be applied before that period is up. In practice, about half of card issuers have extended grace periods to as long as 25 days.

In practice, several of the largest card companies have dropped these fees. Some banks are using pop-up boxes on their Web sites or other methods to obtain consumer authorization.

Card companies cannot raise interest rates on existing credit card balances. Interest rates can’t rise during the first year an account is open, unless the original agreement spelled out a promotional rate for a limited time.

Consumers with older accounts must be informed of any interest rate increase on new charges at least 45 days in advance. They must also be given a chance to opt out of the hike by canceling the account and paying down the balance at the old interest rate. If an interest rate is increased, the card company must review the account once every six months to assess whether the rate should be dropped.

Credit cards may no longer be issued to anyone under age 21, unless the applicant has a co-signer, or can show independent means to repay the debt. Colleges must disclose any marketing deals they make with credit card companies. Banks are not allowed to hand out gifts on or near campuses or at college-related events.

Personally, I know that even though I have an excellent credit score, my rates were all hiked before this came into effect. Luckily 99% of these cards have a $0 balance. But there is one credit card, my husband owns, with a $7,000 balance. And that credit card did get hiked. So, we got screwed on that one. But we are paying down as fast as we can.

Unfortunately, banks can still charge what they want in interest rates. So after that first year or being notified of a rate increase… watch out, you could be in for a shocker!

Other than that, I do see some good factors in the Credit CARD Act of 2009. People NEED to see how long it will take them to pay off the credit card. Hopefully, this will put some sense people to pay off that credit card! Hopefully college students won’t keep getting sucked into buy now, pay later mentality; now that it will be harder to get a credit card (at least, my hope is that it will be harder). We are actually notified of rate increases before hand. It’s nice to have control on our finances before changes happens. Companies are capped on giving us finances charges. But wait, only for the first year of use. What about us consumers with credit cards we had for years? Are we safe?

Use Credit Cards the Right Way

I personally don’t use credit cards anymore, because I have a difficult time controlling my spending on them.

If you are going use a credit card then do so responsibly. You should be paying the balance off in full each and every month. If you can’t commit to that term, don’t use it!

Pay your Credit Card Balance in Full Each & Every Month